Happy 30th Birthday Footsie, the big little index that can make or break 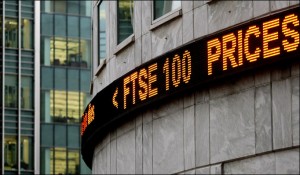 For those who didn’t notice, the year started with a big birthday. The FTSE 100 turned 30 on the first Monday in January, the third day of 2014.

It was a big day for the index, the main indicator for performance of companies listed on the London Stock Exchange. However (and that’s what makes it peculiarly British, it’s got 101 companies on it rather than the 100 you might expect from its name). Its 30th birthday comes at a crucial time for the FTSE. Those who track such things predict it will reach record highs in 2014. That would mean really big bucks considering the combined value of its constituents stands at £1.87 trillion today.

That’s interesting for all sorts of people – stock-brokers, investors, economists and business journalists. But it matters little to those who notice the FTSE only in passing (often as the numbers ritualistically intoned by television and radio newscasters towards the end of a bulletin). If anything, the Footsie, as it is colloquially and somewhat familiarly known, is remarkable more for the number of times it’s used to illustrate old stock-market sayings.

One that is specially suitable for this season is the proverb “as goes January, so goes the year.” It literally means that positive or negative returns in January set the tone for the whole year. As the experts point out, the Footsie’s January’s returns have worked as a good guide to the year for 20 of the last 30 years, a good success rate of nearly 69%.