After Haiti’s 1st cardinal, will Pope’s pro-poor agenda stretch to a visit to PaP? 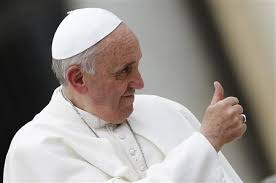 It’s been a week since Pope Francis named his first batch of cardinals, choosing Haiti’s first prince of the church on a symbolically significant day for one of the poorest countries in the world. On Douz Janvye, January 12, when a massive earthquake flattened Port au Prince, the Pope announced that the bishop of Les Cayes, Chibly Langlois, would be one of 19 new cardinals in a remarkable, but very Jesuit, raising-up of the very poorest.

He also named Philipe Ouedraogo, archbishop of Ouagadougou, in desperately poor Burkina Faso. The African prelate was fairly quick to respond with a folksy recounting of his surprise when pesky reporters asked about his promotion, following this with a hearty thumbs up to the Pope’s vision of a church toiling for the dispossessed, damned and the disinherited.

But Bishop Langlois took a bit longer to speak up but when he did, he spoke from the heart. It “will help focus attention on Haiti,” he said, “especially on our Roman Catholic Church in Haiti.”

As also, its singular role in the past in Haiti?

But Pope Francis may become as popular as John Paul II. If not more? He has only to set foot on Haitian soil, 31 years after the last Bishop of Rome.