…& in the middle of January, I know what, not where, I’d rather be

It was this New York Times haiku that made me realize the problem.

and in the middle

of January, I know

where I’d rather be

Except that I don’t. I’m not sure if Port au Prince – good weather, poor roads, indescribable traffic – is  exactly the place I want to be. 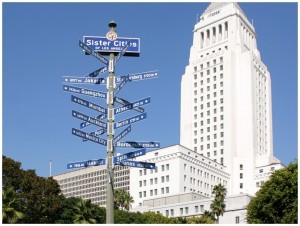 Would I rather be in London, where stands my familiar old house on the dear old, slightly scruffy street on the cusp of old Greenwich and new?

Or Kabul, one of the five cities where I’ve recently lived? (I thought of all my friends in Kabul when news came in of last week’s attack on the Lebanese café that provided an awful lot of meals to all of us when we lived there. You could order in and the hummus and chicken kebabs were more-ish enough).

How about Washington, D.C. (brrr, too cold) again a recent haunt and fun for the Eastern Market and the great Smithsonian museums along the Mall?

Oakland, Maryland, where the second of our beautiful old houses stands gracious and welcoming, albeit with snowdrifts piled all around it?

There’s Sarasota, Florida, where the back garden of our house slopes down into the river and giant old trees spread comfortably, almost shading one from the world. But for how long? Six months.

I’d love to be in Delhi but only for the kakori kebabs from our familiar haunt in Nizamuddin, some of my dearest friends in all the world and the great joy of being back. For a bit.

It’s not where but what that matters. So, I’d re-write the Times Haiku as follows:

and in the middle

of January, I know

what I’d rather be