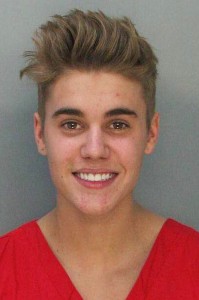 “Justin Bieber rampage may have al-Qaeda links, terrorism analysts warn”. So goes the headline. Eye-popping or not, it is as Max Fisher says, pretty much the way the American media would write about the young man’s arrest had he been from almost any country other than Canada. And especially if he’d been from Pakistan or Afghanistan or Somalia or Algeria or Yemen. Take your pick of the badlands.

“U.S. intelligence agencies say they are investigating a potential connection to al-Qaeda, according to a spokesperson who acknowledged that Bieber’s rampage bore the hallmarks of the global terrorist group’s activities. Though al-Qaeda is not known to have yet established a foothold in Canada, its leaders have previously hinted at assets there.”

Entirely plausible you’ve got to admit.

And there are some further gems:

“His family hails from a tribal district known as Ontario, a lawless expanse of pine trees and information technology firms, and a well-known breeding ground for extremism. Bieber’s home village is referred to locally as London, a legacy of Canada’s history as a remote and violent corner of the British Empire.

Canada has been roiled by political instability and protests in recent years, which analysts warn can create fertile ground for extremists.”

“Shortly after Bieber’s detention, social media accounts from Ontario reported unidentified aircraft overhead followed by a rapid series of explosions. Reports that a Canadian tribal gathering may have been struck could not be confirmed. A CIA spokesperson declined to comment on long-held rumors that the agency operates a secret drone base in Nova Scotia.”

It’s hard to know whether to laugh or cry.