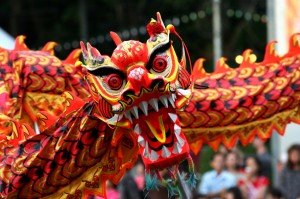 It’s lucky that lunar new year celebrations run 15 days because here we are in San Francisco, one of the Seven Best Cities Outside of China to ring in the year of the horse. (Or so says AOL).

Considering the world rang in lunar new year 4712 on Friday, January 31, it’s to be hoped that San Francisco keeps up with the fun and frolic that ended the year of the water snake. It’s had a long history of doing it, starting just after the Gold Rush.

Unsurprisingly, this list records San Francisco as a great city to be in the lunar new year period.

The last is supposed to have the largest celebrations outside of Asia (but I thought that crown went to San Francisco?) It is vibrant, I’ll give it that, but I never thought much of the food in London’s Chinatown.