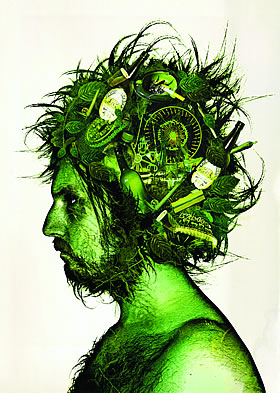 ‘Jerusalem’, The San Francisco Examiner tells us, “casts a magical spell at the Playhouse”, the non-profit theatre company that runs a small, 199-seat operation, which stages roughly eight plays a year. But I’m not sure British playwright Jez Butterworth’s beautiful comment on nanny states and individual states of bucolic bliss travels well. Not to the US anyway, or perhaps just not to the west coast of the US. (Remember, ‘Jerusalem’ did very well in New York, after its smash run – and run – in London, but then that was with Mark Rylance, about whom more later.)

It’s hard to understand why ‘Jerusalem’ doesn’t seem really to work here in San Francisco, even though the play tells a universal story of people power vs big government. In many ways, that is a typically San Francisco story. They live it; not just put it on stage.

Even so, I saw ‘Jerusalem’ at the Playhouse and came away with a strong yearning for the eccentric, passionate, little man-ist Mark Rylance as the lead protagonist, Johnny “Rooster” Byron, who is part Pied Piper, part Robin Hood of his own Sherwood Forest. Rooster has the soul of a Druid and acres of tall stories, porkies that include meeting a 90-foot giant who built Stonehenge! It is a role that demands a Rylance. If art is the man, it is he. He is  patron of a group that believes that local people have the power to find their own solutions to conflict. He is passionate about the individual’s rights and the power of community cohesion.

Brian Dykstra, who plays Johnny Byron here in San Francisco is competent enough but unable to transport me to the Greenwoods.  The problem with the play, as performed here, was its strange lack of passion. Of belief. One might have suspected the cast of unawareness of the real import of Blake’s poem:

And did those feet in ancient time.
Walk upon England’s mountains green:
And was the holy Lamb of God,
On England’s pleasant pastures seen!

And did the Countenance Divine,
Shine forth upon our clouded hills?
And was Jerusalem builded here,
Among these dark Satanic Mills?

I will not cease from Mental Fight,
Nor shall my Sword sleep in my hand:
Till we have built Jerusalem,
In England’s green & pleasant Land

The San Francisco Playhouse’s artistic director, Bill English, describes Blake’s poem as “the British equivalent of ‘Oh beautiful for spacious skies,’ a song that celebrates the majesty and holiness of the land itself”. He adds that the “play seeks to defend the primal magic and eternal mystery of our pagan human roots and our bond to the land.”

He’s right. But the cast needed to convey that. As did the production.