Art and architecture: A city is defined by its classics, ancient or modern 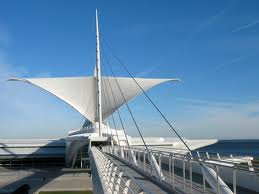 The National Gallery’s spring exhibition, ‘Building the Picture’ will be worth it for that simplest of pleasures – thrilling to a building’s form and structure as painted by some of the great masters.

The exhibition, which runs from April 30 through most of September, will explore the role of architecture within art, especially Italian Renaissance paintings of the 14th, 15th and 16th centuries.

As the Gallery says, “visitors will be encouraged to look in new ways at buildings depicted in paintings, and to investigate how artists invented spaces in mind and paint that transcended the reality of bricks, mortar and marble.”

So too, city art.  The classics – ancient or modern – often define a city. Think of the great artists who painted cathedral walls, designed signature buildings, installed iconic sculptures in public spaces. Architecture itself can be art and symbolize a city, for instance Granada’s Moorish buildings.

Here in Port au Prince, many residents describe the pain they felt when their beautiful National Palace was so badly damaged in the 2010 earthquake, it had to be demolished and the rubble cleared away. Some say that a new government district, with a wider, grander Rue Champ de Mars, as envisaged by Harry Adam (and described in my Guardian piece) might go some way towards providing an architectural focus to this city. Perhaps.

Unsurprisingly, forward-thinking city authorities invest a great deal in architectural art. Think Frank Lloyd Wright’s Falling Water (just down the road from our home in Oakland, Maryland). Think Santiago Calatrava, whom I had the honour of meeting in Chicago eight years ago. I’ve had the pleasure of seeing many of his bridges, as well as the Milwaukee Art Museum’s extraordinary and memorable Quadracci Pavilion. It was Mr Calatrava’s first completed project in the US and he pushed boundaries by designing a structure with movable ‘wings’ that open a couple of hundred feet during the day. It has pretty much become a symbol of Milwaukee.

It was ever thus. Art and architecture are firmly intertwined.