North Korea: A reality as profoundly troubling as in ‘The Orphan Master’s Son’? 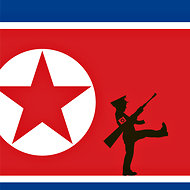 The new, 372-page United Nations’ report on the North Korean state’s Nazi-era brutality to its people reminded me of Pak Jun Do’s words in Adam Johnson’s Pulitzer Prize-winning novel, ‘The Orphan Master’s Son’. On a brief visit to the US, the novel’s North Korean lead protagonist asks an American female intelligence agent who’s willing to help him defect a few key questions:

“Are there labor camps here?” he asked.
“No,” she said.
“Mandatory marriages, forced-criticism sessions, loudspeaker?”
She shook her head.
“Then I’m not sure I could ever feel free here,” he said.”

The exchange –  profoundly sad and surely profoundly well-imagined – appears to say it all. Or at least all the accusations set out in the UN report, of a country reminiscent of a Nazi prison camp, with food (or rather the lack of it) used as a weapon and state surveillance quashing all dissent. As Mr Johnson writes, “Jun Do understood that in communism, you’d threaten a dog into compliance, while in capitalism, obedience is obtained through bribes.”
Mr Johnson’s novel, as one reviewer said, “examines both the Orwellian horrors of life in the DPRK and the voyeurism of Western media.” But if it really is, as David Ignatius’ review in the Washington Post, put it, “an audacious act of imagination”, then Mr Johnson must be practically clairvoyant (and in ways that are hard to fathom). Mr Johnson immersed himself in studying North Korea as he wrote the book and then briefly visited complete with state handlers. But it is still a prodigious feat of the imagination.

Especially noteworthy is the almost-Dickensian manner in which he is able to describe a small North Korean town. It brings an unknown world to life – revealing how similar it might be to anywhere else except for the horror of a state’s brutal bully boy tactics.