Good news about a better world. It’s still here and everything’s getting better 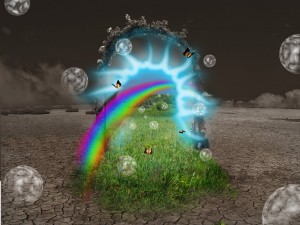 Bjorn Lomborg is at it again. He’s spreading hope and it’s a shiny happy task, except when the long-faced doom-mongers cast a pall. Professor Lomborg, who’s director of the Copenhagen Consensus Center and an adjunct professor at the Copenhagen Business School, recently edited a human “scorecard spanning 150 years”. The resulting book is titled ‘How Much have Global Problems Cost the World? A Scorecard from 1900 to 2050’ and he’s using the data and insight to spread cheer.

(Read my blog on his previous bracing commentary here).

Here’s a key part of his more recent argument – most people are pessimistic about the big picture and optimistic about their own lives. Which only goes to show that things are getting better, we just don’t believe it.

Over the past 25 years, says the Professor, an average of 38% of American consumers admitted they were doing financially better than a year ago; 32% said they were doing worse. But in general, most of these people didn’t believe the overall US economy was improving.

There’s no reason for the gloom and doom, says Professor Lomborg. The future is bright and the present is compelling (if not exactly spellbinding). “New data from the World Bank show that the proportion of extremely poor people has more than halved over the last 30 years, from 42% of the global population in 1981 to 17% in 2010,” he writes.

Then there’s illiteracy. It still afflicts 20% of the world’s population, but is down from an estimated 70% in 1900.

And using an analysis of military spending, he even discerns a “permanent peace dividend”.

Pollyanna-ish or not, there is something comforting about this resolute desire to look on the bright side. Complete with faststats.