Bliss point and basic needs: Where in the world can we be truly happy? 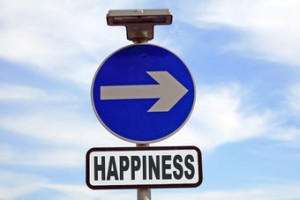 Never mind the words, charts and tables that economists Eugenio Proto and Aldo Rustichini use to explain that you’re likely to be happier if you live in a rich country. (Read my blog here on Australia’s happy anointment, months ago, as the happiest country in the world.)

Anyway, it all seems to boil down to the well-known saying: Money isn’t everything but it is everything else.

Or, how about the following: You don’t need money to be happy but it sure takes away the pain of being poor.

Or, as Ben Franklin put it, the (US) Constitution only gives people the right to pursue happiness. You have to catch it yourself.

The two economists’ new study once again focusses the world’s attention on the relationship between GDP and GNH. Gross Domestic Product vs Gross National Happiness.

And once again, there is nothing conclusive except for what many are calling a ‘bliss point’, namely the point at which you’re fairly likely to be happy enough. What point would that be? If you live in a country where your basic needs are met. Even so, great national wealth cannot guarantee great national happiness. Economist Richard Easterlin was saying this 40 years ago, so what’s new in all of this?

Perhaps the evolution of the concept of basic needs? What can be classed as a basic need? Is it the right to free plastic surgery on the UK’s NHS? To free hot meals and transportation for the elderly as in many cities in the Western world? To potable water and a vaccination programme in developing countries? To functioning public toilets, sewage lines and a national electricity grid in Haiti? To the right to work safely and with dignity outside the home, if you’re an an Afghan woman in Afghanistan?

Happiness is, as Abraham Maslow’s hierarchy of needs put it, a pyramid that starts with basic needs and then progresses towards self-actualization. First things first.