As Port au Prince chokes on dust & fumes, a prescription from Bogota 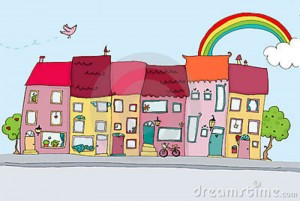 What makes a city a great place to live? The commute, property prices or good conversation, asks Charles Montgomery.

He seems to incline to bicycling and walking, gentle modes of getting around the urban landscape. He describes a trip through Bogota with its mayor of happiness Enrique Peñalosa as he picked his son up from school. “Here, in the heart of one of the meanest, poorest cities in the hemisphere, father and son would roll away from the school gate for a carefree ride across the metropolis,” Mr Montgomery writes in his book ‘Happy City’.

The sentence sums up the remarkable transformation wrought by Mr Peñalosa. Back in 2000, he started car-ban days, causing falling numbers of traffic accidents and hospital admissions, while the toxic haze over the city thinned. For many Bogotans, a rainbow appeared in the sky. They later told pollsters that they were more optimistic about city life than in years.

Bogotá’s experience should give pause for thought to anyone concerned about, what Mr Montgomery calls the 20th century’s dual urban legacy. Which is to say, cities that have been reoriented around cars; and the privatisation of public spaces and resources. It’s important for Everyman really, now that more than half the world’s people live in cities.

But for cities like Port au Prince – heaving, poor, urban landscapes practically asphyxiated by exhaust fumes and dust – Bogota underlines the signal importance of an enlightened and sensitive mayor of happiness.