Cutting edge: When the travelling salesman gets an order for 1000s of Surtabs 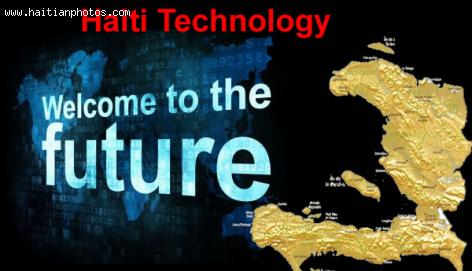 Now that businessman Gregory Mevs has left the presidential advisory board he co-chaired with Bill Clinton, who will fill the travelling salesman role for Haiti?

Some say that’s a job best left to politicians. For, they are, at the end of the day, travelling salesmen of the wiliest sort, laying out their snakeoil or other wares at the slightest excuse. Sometimes, as has happened in the UK for years, they recruit others to strengthen the sales team. The business ambassadors appointed by successive British governments have generally drawn from the ranks of the wealthy and the self-made – bankers, CEOs, entrepreneurs, dot com-chancers and the like. Take a look at David Cameron’s November 2010  appointees here.

Haiti’s prime minister happens to be rather a good travelling salesman, if this Le Nouvelliste report is to be swallowed whole. Passing through Caracas, he’s managed to sell Venezuela the concept of Haitian high-tech powering Venezuelan students search for enlightenment.

Venezuelan President Nicolas Maduro, says the report, “intends to place a large order of tablets for Venezuelan students to create sustainable jobs for Haitian youth.” I’ve seen real figures mentioned elsewhere, namely this site, and it quotes simply unbelievable numbers: “In his statement, President Maduro explained that 2.6 million tablets with cellular technology will be manufactured whose 300,000 in a first time, will be delivered in the coming weeks. He indicated that he will meet soon with the Prime Minister of Haiti to advance on the issue of the cooperation Alba-Petrocaribe and confirmed ‘Haiti will manufacture a tablet, as part of a productive partnership to deliver 2,600 of these tablets to our students’.”

This is pretty remarkable for all sorts of reasons. When I visited Surtab’s factory mid-February for my Guardian piece, they weren’t manufacturing anything but the means to hopefully rachet up production by way of hiring more people. Oh, and they were also working on bank loans and plans for the future. They couldn’t manufacture because they didn’t have their supplies, which had been stuck in customs for weeks. However, they did say that once they started assembling the tablets again, they hoped to continue at a steady pace because the customs issues were unlikely to be repeated and the bank loans would enable Surtab to upscale production levels.

Till then, the thousands of tablets planned for Venezuela must be seen as no more than a gleam in the eye of the salesman.