Does being mayor of a city sprinkle a special kind of stardust on a politician? 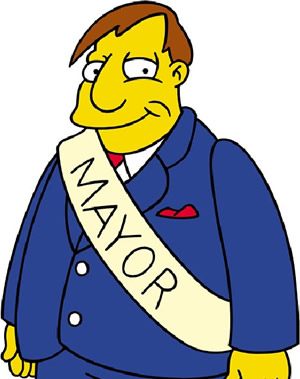 “In the old days, it was the mayors going to Washington with hat in hand,” Ozy quotes author Benjamin Barber to say in ‘If Mayors Ruled the World: Dysfunctional Nations, Rising Cities‘. The Ozy piece was about exactly that – dysfunctional nations, rising cities. It took a flying leap off the back of Matteo Renzi’s rise from mayor of Florence to prime minister of Italy. As also Jakarta’s Joko Widodo. And London’s Boris Johnson. And it suggested that mayors are generally more able to achieve what the people want – preparatory to running for (and getting) the highest office in the land.

It’s possible. But speaking of Boris, remember Ken Livingstone, the man he replaced? Red Ken, an honest, unassuming, fiercely principled man, was London’s first elected mayor. He had much to do in order to make the city believe in the power of (g)localism. As also the right to be cheeky to the prime minister of the day, Tony Blair. For, Mr Blair opposed Mr Livingstone as his Labour Party’s candidate for mayor, but was forced to suffer the humiliation of having the British capital overwhelmingly vote him into office.

The point about remembering Ken today is that he’s not bestriding the national stage. (Nor, it has to be said, is Rudi Guliani). Some mayors, like Mr Renzi, do make it to the big, big job. Some don’t.