Make happiness a habit? Only if you don’t want to be really content 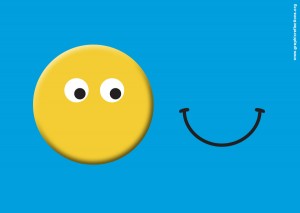 On International Happiness Day, I found myself in Port au Prince, Haiti, contemplating the simple joys of sadness. In excellent company too.

First up, there were market analysts in London. They told the BBC that GDP growth is a happy sequence but cannot really signify that a nation and its people are delirious with joy. (We knew that already, but sometimes, the obvious bears repeating).

Then there was Jomo Kwame Sundaram, Assistant Director General and Coordinator for Economic and Social Development at the UN’s Food and Agriculture Organization. Examining the spreading misery of emerging economies such as India, where currency “booms have involved debt-financed consumption binges”, he remarked on the transient “euphoria accompanying bubbles in stock and property markets.” That brief burst of happiness, he said, “fueled credit expansion for businesses and households, with rising private and, in some cases, public debt, as well as current-account deficits.”

It was always doomed to be unsustainable and some of the misery comes from a deliberately blinkered appreciation of the facts of economic life.

All of which brings me to Oliver Burkeman, The Guardian journalist whose book ‘The Antidote: Happiness For People Who Can’t Stand Positive Thinking’ militates against the modern mantra of eternal positivism. Mr Burkeman suggests that unhappiness is caused by “our relentless effort to feel happy, or to achieve certain goals.” Instead, he proposes “an alternative approach: a ‘negative path’ to happiness …(which) involves learning to enjoy uncertainty, embracing insecurity and becoming familiar with failure.”

There’s something in that. And Haiti, I suppose, could be said to live it.