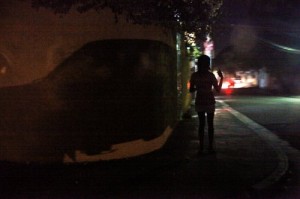 I thought about the young Indian engineer newly arrived in Port au Prince from Kinshasa as I read a piece on supply-side economics and the world’s oldest profession in parts of the US. The engineer pointed to the building surge as a striking feature of the Haitian capital. He never mentioned the prostitutes that stand three-deep on the street corners of Petionville, the swish part of the city.

How had it escaped him, he a young man here on his own? Perhaps with his inherent Indian fastidiousness about such matters, he thought it indelicate to mention his observations to me, a woman? Perhaps he doesn’t get out much, especially after dark?

The street walkers are strikingly numerous here, lined up on dark corners, waiting forlornly for the slightest nod and wink. Clearly, this is not a city where the sex trade is shrinking, unlike the Urban Institute think-tank’s study of the industry in eight big American cities. It found the trade had shrunk in five of the eight cities. The Economist reasoned that it was on account of changing times. There is less need for commercial sex because of the 21st century’s premarital hook-up culture. And women are less impelled towards it because they have other job opportunities.

The first is true enough for Haiti, where the hook-up culture holds little stigma. But sexism is rife here still and jobs for the girls scarce enough. Add to that, the grinding poverty and the picture is complete. And definitely not pretty.