Can the audacity of a national good mood lift the pall over Afghanistan? 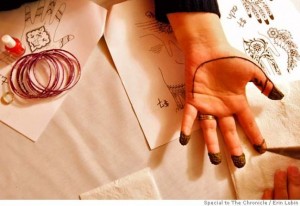 Does the audacity of Afghan hope mean any more than a jolly good headline? Does Afghanistan’s current “uncharacteristic optimism”, as William Dalrymple described it in the New Statesman, matter? Will it last? Could it snowball? Might it create a can-do spirit among Afghans?

Only the very young or the very foolish would try to answer such questions based on the slender evidence of a good turnout on election day, April 5, and good spirits among the Afghan electorate.

But as the Urdu poet Iqbal once wrote, “nations are born in the hearts of poets”, though he added the caveat, “they prosper and die in the hands of politicians.”

As a prophet, Iqbal may not be the best choice. His famously stirring ode to Hindustan now covers a land divided three-ways – India, Pakistan and Bangladesh.

Even so, surely Afghanistan, the land of Jalaludin Balkhi, aka Rumi,  would thrill to the rhythm and cadence of national re-building by verse?

There is much to suggest that human psychology drives national growth and the economy, as Nobel Prize-winning economist Robert J. Shiller recently wrote. Professor Shiller and George Akerlof’s new book, ‘Animal Spirits: How Human Psychology Drives the Economy and Why It Matters for Global Capitalism’, describes the logic of emotionally relevant narratives, which “sometimes inspire us to go out and spend, start businesses, build new factories and office buildings, and hire employees.”

At other times, they make us fearful and reluctant to spend. Or perhaps somewhere like Afghanistan, unwilling to stay?

Professor Schiller illustrates this logic using a telling story from a recent trip to Japan. More on that tomorrow.