Feelgoodenomics? A national smiley & good story could save Afghanistan 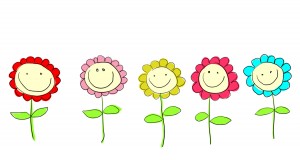 A national good mood could be the saving of Afghanistan, if a Nobel Prize-winning economist’s theories are anything to go by. But let me be exact. Yale Professor Robert J Shiller did not specifically mention Afghanistan, just his general sense of how stories can muffle our “animal spirits” or make them stronger… “we seem to be at the mercy of our narratives”.

Professor Shiller was describing a recent visit to Japan. He says he was struck “by the positive impact of the economy-related stories on people’s thinking and behavior”. It was barely 13 months after Prime Minister Shinzo Abe assumed office and launched his program of monetary and fiscal stimulus and structural reform. Professor Shiller found that the impact on Japanese confidence was so profound the output gap (the difference between actual and potential GDP) perceptibly narrowed. According to the IMF, no less.

When he met the Japanese Prime Minister, says Professor Shiller, he noticed that he “sticks to the script” and tells a strong, confidence-inspiring story of “aggressive and definitive action against an economic malaise that has plagued Japan for decades.”

It’s all wonderfully revivifying. The appeal to patriotism also helps because “nationalism, after all, is intrinsically bound up with individual identity. It creates a story for each member of the nation, a story about what he or she can do as part of a successful country.”

But that’s Japan. What of broken countries like Afghanistan, whose story has been so fraught for so long that’s it hard to believe in the magic of a compelling new narrative?

Professor Shiller should know. He and George Akerlof have just written ‘Animal Spirits: How Human Psychology Drives the Economy and Why It Matters for Global Capitalism’. It’s a plea for more feelgood of the tangible sort.