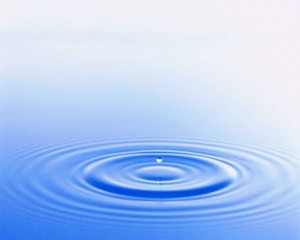 In a subway station in New York, Mr Foy found himself momentarily unhinged when four trains pulled in at once. It kickstarted an obsession to find the quietest place on Earth. As he says in this BBC Future piece, “I thought, ‘If this is the craziness of noise, what is the opposite? What is absolute silence, and does it exist?’”

It’s a good question. Not just in Port au Prince, which is fairly noisy from fairly early in the morning, with the cocks crowing, pigs grunting and traffic roaring on dusty, pot-holed roads (or what passes for roads).

Which is the quietest place on earth? Is there one? Deep underground perhaps, which sounds plausible but unpleasant. The same for being underwater. And there’s nowhere on the planet that is free of the sound of aeroplanes.

Gordon Hempton, acoustic ecologist and founder of the non–profit One Square Inch, has found 12 quiet places in the US, including a spot in the Hoh Rainforest in Washington, places in Canada’s Grasslands National Park in Canada, Minnesota’s Boundary Waters Canoe Area and Hawaii’s Haleakala National Park.

Mr Foy meanwhile, has concluded that the sound of silence is best heard in a room specifically built for that purpose, ie an anechoic chamber. It is sound proof and sound wave-absorbing. But even there, he found, there was some sound – that of his body. It was the sound of being alive – heartbeat, breathing. “The only time you’ll hear absolute silence is when you’re in no position to hear it, because you’re dead,” he says.