For Haiti, a short lesson in the incredible importance of being borning 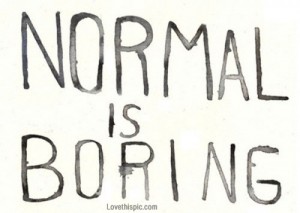 “What’s it like in Haiti right now? Exciting times?” someone asked us in Florida recently.

“Oh no, it’s not. It’s not exciting at all right now and that’s the way many would like it,” we replied quickly.

The exchange reflected, at the most basic level, the perceived problems with having too much high drama and histrionics in a country’s history. A revolution followed by dictatorships, disparate coups and changes of constitution can hardly be a prescription for stability, success, and that intensely boring but essential concept – the greater common good. “I like boring things,” Andy Warhol once said. For Haiti that might be the best way to go.

It reminds me of Simon Johnson’s recent eponymous piece on “the importance of being boring”. Professor Johnson, of course, is at MIT’s Sloan School of Management , and his opinion counts a good deal.

So when he suggested that the International Monetary Fund (IMF) has for years had a “great advantage (in) being almost always being perceived as incredibly boring,” I sat up rather straighter and wondered what he meant.

Professor’s Johnson thesis is simple. Being perceived as boring confers power in the realm of international economics “to the extent that it allows major decisions to be made without a great deal of external scrutiny.” So the IMF’s creation in 1944 made it easy to make important decisions about international economic cooperation and suchlike, without much scrutiny. It was all too boring and deserved to stay below the radar.

In fact, as he correctly points out, “the IMF rarely makes front-page headlines in the United States or other big countries, except when there is a racy personal dimension. The last time that many read a news story about the Fund may have been when then-Managing Director Dominique Strauss Kahn was forced out in May 2011, following accusations that he sexually assaulted an employee in a New York hotel.”

That’s true enough. And it does confer a unique power on the IMF – clout cloaked in invisibility. It’s the same sort of principle for countries. Too much excitement could be said to destabilize the system.