Haiti’s flying president: A love of aeroplanes or is it hardsell in hard times? 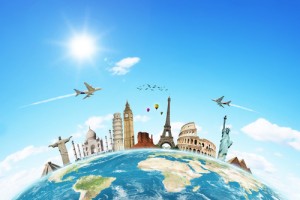 President Michel Martelly returned to Haiti from Taiwan and hot-foot it to Mexico, from where he returned yesterday. The peripatetic existence of Haiti’s head of state has often been commented upon and it bears thinking about as Mr Martelly seems eminently ready to take to the skies at any time at all.

There could be many reasons for this propensity to, or perhaps this knack for flying. American journalist Alexander Chase once described the exhilaration of lovers of air travel as hanging “poised between the illusion of immortality and the fact of death. “

But perhaps Mr Martelly is not particularly enamoured of airplanes so much as a sense of duty. As head of state, he may regard it as his dutiful obligation to ‘sell’ Haiti to the world. Even in our technologically advanced times, the death of distance has not rendered the ‘state visit’ obsolete. President Obama’s recent, four-nation Asia-Pacific tour, for instance, underlines the enormous importance of a travelling head of state. For instance, he set at rest Japanese concerns about the state of the longstanding mutual security alliance between Washington and Tokyo. He massaged Malaysia’s ego because it was the first American presidential visit since that of Lyndon Johnson in the 1960s. And he reassured much of the world that the US can – and does – think about other things, such as the Asia-Pacific Pivot and away from the fateful fixation with the Muslim world.

Obviously, there is a world of a difference between the substance when it comes to travel by the president of a superpower and that of a desperately poor country like Haiti.  And there should be a perceptible difference in style. Small, skeletal entourages, for instance?