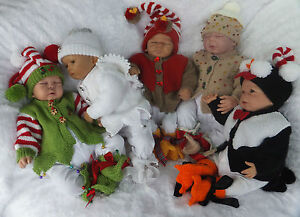 Quartz racily says the answer to economic malaise is making babies. Or so they paraphrase the essence of French economist Thomas Piketty’s argument in his blockbuster economics tome ‘Capital in the Twenty-First Century’.

Contrast that with J. Bradford DeLong’s more sober analysis. Mr DeLong, of course, is a former deputy assistant secretary of the US Treasury and is currently Professor of Economics at the University of California at Berkeley and a research associate at the National Bureau of Economic Research. He offers five “salient” points in Mr Piketty’s argument:

1. A society’s wealth relative to its annual income will grow (or shrink) to a level equal to its net savings rate divided by its growth rate.

2. Time and chance inevitably lead to the concentration of wealth in the hands of a relatively small group: call them “the rich.”

3. The economy’s growth rate falls as the low-hanging fruit of industrialization is picked; meanwhile, the net savings rate rises, owing to a rollback of progressive taxation, the end of the chaotic destruction of the first half of the twentieth century, and the absence of compelling sociological reasons for the rich to spend their incomes or their wealth rather than save it.

4. A society in which the rich have a very high degree of economic, political, and sociocultural influence is an unpleasant society in many ways.

5. A society in which the wealth-to-annual-income ratio is a very large multiple of the growth rate is one in which control over wealth falls to heirs – what Geier elsewhere has called an “heiristocracy”; such a society is even more unpleasant in many ways than one dominated by a meritocratic and entrepreneurial rich elite.

So, how did Quartz come up with the baby-making way to economic growth? Was it trying to be clever? And readable?

Not really. As Quartz points out, the size of populations in China and India are a big part of the reason that everyone has been so excited about their prospects for growth. It adds that Piketty’s core argument “is that the levels of growth and economic equality taken for granted in the developed world in the decades after World War II were actually outliers. And one of the reasons he suggests they were outliers was because of the surging birthrates of that period.”

Ergo, make more babies. Especially if you’re in the US or another part of the developed world.