One-hundred years on, who can expect to see a poem lovely as a tree? 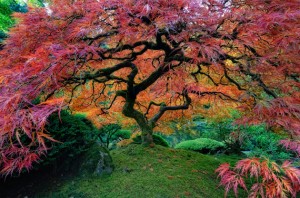 Talking about the Flamboyant tree in Haiti and elsewhere, reminds me that it’s been a hundred years exactly since Joyce Kilmer wrote ‘Trees’. It’s a short poem and the only reason we still know his name. As I’m sure you remember, it goes like this:

I think that I shall never see

A poem lovely as a tree.
A tree whose hungry mouth is prest
Against the earth’s sweet flowing breast;
A tree that looks at God all day,
And lifts her leafy arms to pray;
A tree that may in Summer wear
A nest of robins in her hair;
Upon whose bosom snow has lain;
Who intimately lives with rain.
Poems are made by fools like me,
But only God can make a tree.

Mr Kilmer’s simple verse resonates with us all. We know instinctively that a world without trees would be a vastly different place. Trees are the oldest and the largest living things on earth. It’s said that after people, trees are the most commonly mentioned living creation in the Bible.

Hard then to disagree with Rebecca Giggs’ Aeon essay on the strange disconnect between the modern green movement and the natural sense of wonder that comes from a beautiful tree.

Today, she laments, “the ethics of caring for a tree does not rest on an idea of that tree as beautiful, singular, or symbolically charged with local meaning. Instead, a tree’s value is pegged to its functionality in a biome: as the ‘lungs’ of the world, or a dwelling place for endangered species; as a means of erosion control, a limitation on urban sprawl, carbon storage, or a watershed service.” Trees could also be considered valuable because they generate tourism or trade.

But should a tree’s significant be no more than environmental? Should it not be a device of, what Ms Giggs calls, “the speculative imagination”?

She says that Sakura, Japan’s cherry blossom season, and hanami, the tradition of tree-viewing picnics, enables the Japanese to appreciate “transience in human life… to mark the fleet-footed passage of time …(and) reinforces a set of environmental values …are central.”