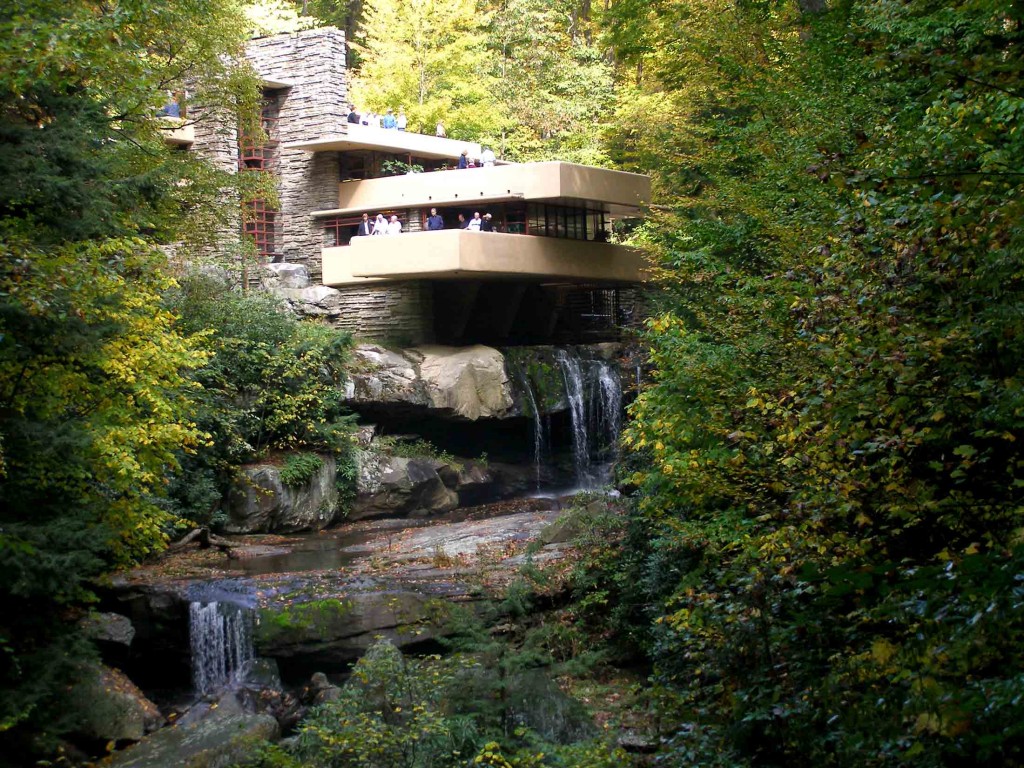 Mud Run is an undistinguished place, a village out in the middle of nowhere, surrounded by Pennsylvania. Ditto Ohiopyle. But in between the two lies Fallingwater, the house that Frank Lloyd Wright built partly over a waterfall in the Laurel Highlands of the Allegheny Mountains.

Fallingwater is on a (Smithsonian Life) list of 28 places “to visit before you die”. The US designated it a National Historic Landmark in 1966. In 1991, the American Institute of Architects named it the “best all-time work of American architecture”.

It is a triumph of the imagination, a cantilevered light ochre house seemingly hanging over the falling water, designed seamlessly to integrate into the hillside like an accretion of rocks. Wright, who believed architecture should be organic, “by principle, not precedent”, had set a new precedent. He brought the outside in; created a masterpiece in which nature was the only artwork and Bear Run and its water the only soundtrack.

But what must it have been like to live in Wright’s work of art? Is Fallingwater a ‘liveable’ house? We’ll consider these questions tomorrow.