Deisy Toussaint is a reminder exclusivism can be institutionalized anywhere 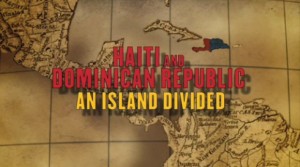 News from the Dominican Republic makes this especially poignant, This piece on Deisy Toussaint – half-Haitian, half-Dominican, says a great deal about entrenched cultural nationalism. It talks about the mindset of the Dominican Republic but exclusivism can, of course, happen anywhere, with or without a trigger or reason. And it can easily be institutionalized.

Ms Toussaint (or Deisy De Jesus Toussaint as she is now officially styled in order to reflect the DR half of her genetic inheritance) is living proof of the unfairness of the DR’s sustained attack on the rights of Haitian migrants (and their children). It’s been a long process of institutionalized discrimination, starting in the late 1990s. In 2010, a new constitution denied citizenship to children of illegal immigrants and last year, a Constitutional Court ruling made the denial retroactive.

Anyway, some 30 months ago, Ms Toussaint was told she couldn’t have a passport because of her “Haitian name”. After this, she was summoned to the fraud department and asked to prove her birth in the Dominican Republic. This because her Haitian immigrant mother is the only parent listed on her birth registration (on account of a family tiff at the time) and no Haitian is ever expected to be a legal migrant to the DR. Which meant that Ms Toussaint was illegal too.

Ms Touissant wrote a newspaper column ‘Let Me See If I Get This’, outlining her options for getting citizenship documents.  These were laughable. First, find somewhere to study Creole. Second, sneak into Haiti as she had no passport. Then apply for a Haitian passport, cross back into the DR and apply for residency. “And finally, yes, with my brand new Haitian passport I can represent the Dominican Republic abroad.”

Eventually, her father officially vouched for her and she has her papers. But documents or not, it’s hardly a happy ending as she sees the breadth and depth of the DR’s scarred, unhappy relationship with Haiti, its island neighbour; the two halves of her genetic inheritance.