A very modern linguistic spat about Jesus, king of the Jews, king of Israel 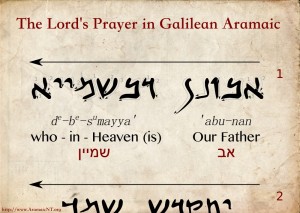 Here’s an interesting bit of high-stakes linguistic fencing. Israeli Prime Minister Benjamin Netanyahu publicly tells the Pope that Jesus spoke Hebrew, only to be corrected by the Holy Father. “Aramaic,” the pontiff responded. As many would imagine, Pope Francis was right. A point made by Reza Aslan, author of a recent, best-selling popular history of Jesus. “And no,” he tweeted, “Jesus didn’t speak Hebrew. He may have understood it but it wasn’t primary spoken language. He spoke Aramaic”.

Many say that Mr Netanyahu’s desire to appropriate Jesus for the modern Israeli state is yet another part of the attempt to un-people the Palestinians. For, according to some accounts, Jesus was born in what is now the occupied West Bank. And yet, he was referred to as the King of the Jews, at least by the Gentiles, while Jewish leaders called him the King of Israel.

What price the linguistic claim then?