Never mind hype and hope, it’s just not that easy to become an oligarch 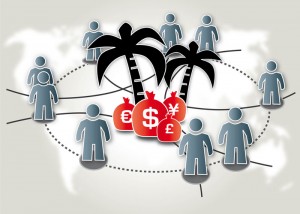 Professor Simon Johnson’s new eponymous thinkfest on “How to Become an Oligarch” considers whether or not it’s realistic for a fresh college graduate to aspire to becoming one of the richest people on the planet.

“This is not an unreasonable aspiration … in today’s winner-take-all economies,” he says, admitting that the best chances would be with the “the shrewd strategic use of debt.”

The Professor acknowledges this sounds like a strange idea in the “aftermath of a major debt-fueled financial crisis” but points us to a new book, ‘Private Equity at Work’, by Eileen Appelbaum and Rosemary Batt. He says it explains how some people have become very rich off the back of debt, albeit its “shrewd strategic” use. That immediately rules out the sort of silly indebtedness that comes with buying two pairs of Manolo Blahniks and a Birkin bag in one week. Or a sports car and a private jet. Or a couple of luxury holidays in the course of two months.

In fact the whole argument seems to be about canny investing in established companies through debt-financed purchases of controlling stakes rather than clever individuals (fresh college graduates) dreaming about the big time.

He ends on a dispiriting note. “If the new graduate in your life has the connections to join a very large brand-name private-equity fund, the path to immense wealth, political influence, or even power becomes much clearer. Without such initial connections, however, it is very unlikely that he or she will become an oligarch.”

There’s probably no reason to rush out and ‘Private Equity at Work’ then.