Will the ‘Noddy pod’ spell the end of the car industry & change cities forever? 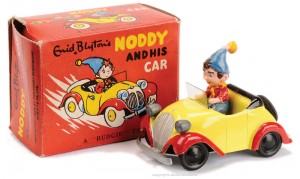 “Will Google’s self-driving pods spell the end of the road for car ownership?” John Naughton asks in The Observer. It is a good question. And there’s a fascinating answer to match. Consider this:

–        Google has a stake in Uber, a company that enables you to hail a nearby car by smartphone.

–        The little ‘Noddy’ pods that Google rolled out last week can be summoned by smartphone, give you a human driver-less ride to where you want to go, and should be seen as a service, not a possession. In the future, no one will (theoretically, in the world according to Google) own a pod, they will just hail the nearest one. This will change the whole concept of road-planning, the car industry, drivers license tests and urban congestion. In fact, it will change cities in a way that last happened when they started to plan for motorized transport, not horses.

Has Google seen the future? Perhaps. It’s certainly labouring to make it possible.