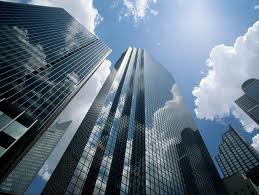 Living in Port au Prince may be challenging in all sorts of ways but there’s one remarkable advantage: it keeps you utterly grounded. In terms of dreams and aspirations, of course. But also, in terms of building scale. Here, you can’t possibly imagine a time when tall buildings will reach into the clouds, defying gravity, the wind…all reason to be so high.

It’s an interesting thought considering urban space is at a premium with three-quarters of the planet set to live in cities by 2050. I’m not sure that fully explains the rush to build faster, higher, more stable in various parts of Asia. Surely that has something to do with playground bragging rights? Consider Saudi Arabia’s planned 1km-high curiosity in Jeddah, set to be the world’s tallest.

As BBC Future points out in this short, penetrating piece, it was meant to be a kilometre-and-a-half tall. What stopped its builders’ aspirations growing?

The wind apparently. At ground level, it can feel like a balmy breeze; 500m up it’s a gale and could imperil a tall building.

Wind-proofing skyscrapers is not easy and very expensive and often requires innovative solutions one might never have thought do-able. For instance, Taiwan’s Taipei 101. A giant pendulum sits atop precisely to swing in the opposite direction to the wind when a gale-force winds strike.

But the other big issue with building higher, in the short term, is the problem of lifts, or elevators as one says in North America. It’s hard to take them higher than 600m without creating a weighty logistical nightmare.

You don’t have to be vertiginous to be unimpressed and unconcerned. There’s something about being grounded that speaks to the inner man/woman.