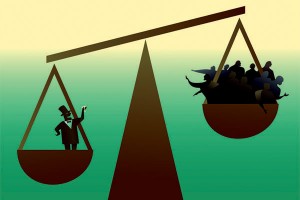 J. Bradford DeLong, former deputy assistant secretary of the US Treasury and now professor of economics at Berkeley, swears that this is the very best review ever of Thomas Piketty’s Capital in the Twenty-First Century. It’s Larry Summers’ review and was published in ‘Democracy Journal’.

Professor DeLong is quite right. It is a superb review. Balanced and thought-provoking without the bad-tempered edge that has marked most of the comment on Mr Piketty’s book. 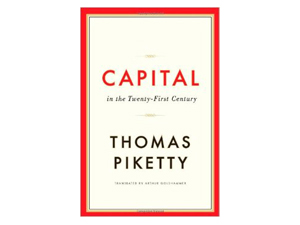 Mr Summers explains why. “(His) treatment of inequality is perfectly matched to its moment. Like (Paul) Kennedy a generation ago, Piketty has emerged as a rock star of the policy-intellectual world. (His) tome seems to be drawn on a dozen times for every time it is read.”

This, because “…how could a book documenting the pervasive and increasing concentration of wealth and income among the top 1, .1, and .01 percent of households not attract great attention?”

As Mr Summers points out, the rising inequality marks a return to a pattern that prevailed before World War I, a dispiriting thought for those who thought the 21st century was a better world.