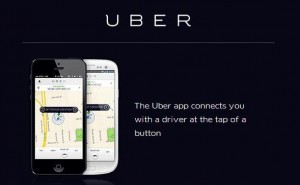 The strike was against Uber, a smartphone app that provides mini-cabs provider. Google has a stake in the San Francisco company.

As a warm admirer of cabs – all over the world – I can attest to particularly fervent devotion to London’s black cabs. I’ve frequently used cabs in Paris and occasionally, in Berlin and Madrid. They were all generally good but it is London’s black cabs that are particularly remarkable, as Adam Taylor reminds us in his excellent Washington Post blog. Click here to read it in full, but here’s the relevant excerpt:

“When I say ‘remarkable,’ I mean it,” writes Mr Taylor. “Getting into a London ‘black cab’ is an experience. The cabs, historically black but now painted in other colorus, as well, are specially designed vehicles. Usually four-door saloons with a large rear, the cars are designed to accommodate five people comfortably (all wearing bowler hats, according to tradition). Known as ‘Hackney Carriages’” these vehicles are unusual to drive, too, with a maximum turning circle of only 25 feet. This makes it easy for them to do u-turns on London’s slim, winding streets (apparently this distinction comes from the requirements of getting to London’s Savoy Hotel). In their own way, the cars are as distinctive as the city’s traditional red telephone boxes or double-decker buses.

“There are strict requirements for being allowed to drive a black cab. Most notably, driver candidates must pass a test known as ‘The Knowledge.’ It’s notorious, and with good reason: A driver who has passed ‘The Knowledge’ should know virtually every street and landmark in London, and know the quickest way to get between them.”

There you have it, in a nutshell. London’s black cabs are quite simply amazing. And safe. And often hard to hail. And expensive.

So, why not give Uber a chance? It evidently allows you to ‘hail’ a cab using the location service on your smartphone. And it’s fast, cheap and efficient.

But is it safe? Let’s put it this way: I probably would not ‘hail’ an Uber cab at 1 in the morning if I were making my way home from a dinner party all by myself.

This leaves London’s black cabs enough of a USP still to flourish. As well as the trade that will undoubtedly come in from all those 70-year-olds who haven’t quite got to grips with the Uber app yet.