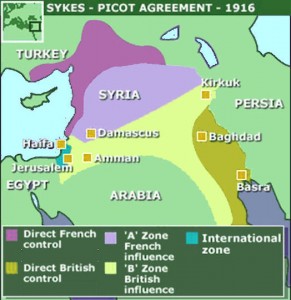 Robert Fisk’s thought-provoking analysis pronounces on the final failure of Sykes-Picot, the Anglo-French deal done by Mark Sykes and François Picot to divide up the old Ottoman Middle East into Arab statelets.

As he puts it, “The Islamic Caliphate of Iraq and Syria has been fought into existence – however temporarily – by al-Qa’ida-affiliated Sunni fighters who pay no attention to the artificial borders of Syria, Iraq, Lebanon or Jordan, or even mandate Palestine, created by the British and French.”

Mr Fisk is entirely right. The problem, of course, is that the collapse of the old order  is not yielding place to new. What follows Skyes-Picot?

Or, as David Blair, chief foreign correspondent of The Daily Telegraph, wrote in August, “What would have happened if Sykes and Picot had never gone near the Middle East?” 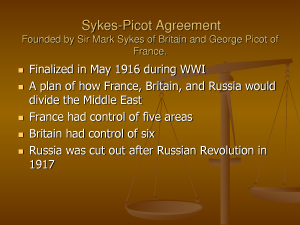 The region would have remained unquiet, he suggested, offering the following alternative scenario:

“Turkey, bankrupt and beset by domestic problems, would have lost the Middle East to an Arab revolt. A post-Ottoman settlement would then have been decided not by Britain and France, but on the battlefields of the region. The victor would have forcibly drawn his own line and who is to say that the consequences would have been any less terrible than what has actually happened?

“In truth, Sykes-Picot has endured for a tragically simple reason: no one has a better idea.”