Brawn versus brain drain? The right terminology for the 21st century 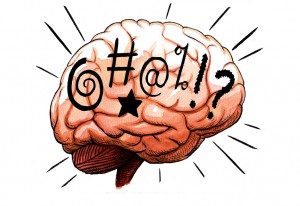 Is it time to update the term ‘brain drain’ and allow a more nuanced view of what it is we’re talking about? I ask the question because Dubai’s ruler has been discussing brain drain and something that might be called “regain”, describing the UAE’s tremendous gains in terms of the net inward movement of foreign talent.

LinkedIn, Sheikh Mohammed bin Rashid Al Maktoum reminds us, recently listed the UAE as the top “destination for talent (with) a net talent gain of 1.3% of the workforce in 2013.”

Other net “talent magnets” include Saudi Arabia, Nigeria, South Africa, India, and Brazil. Meanwhile, “rich countries that until recently had been tempting away our brightest minds are now sending us their own,” he says.

As the Sheikh points out, this is obviously on account of the opportunity afforded by the developing world. When a country wants to build, it’s going to facilitate the inward movement of people who can either get the job done or supervise it. Is that brain drain or might it more usefully be called brawn drain?

As for the developed world, it doesn’t need foreign do-ers so much as thinkers. Might those research and development people, those who are allowed entry because they can create something of intrinsic intellectual or economic value, be the classic brain drain?

In which case, should today’s top talent-attracting countries take a more nuanced view of their magnetism?