In 800 AD, Samarra was the unforgettable centre of the huge Islamic Empire 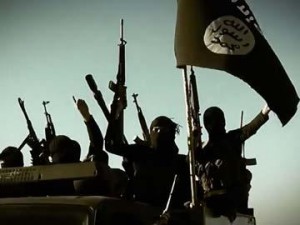 Could ISIS be to Samarra, what Genghis Khan was to Baghdad? Or might they make it capital of the new ‘caliphate’?

These are reasonable questions. Back in 800 AD, Samarra was a city of palaces and barracks, “the unforgettable centre of the huge Islamic Empire”, as British Museum director Neil MacGregor said in his wonderful 2010 BBC Radio 4 series, ‘A History of the world in a hundred objects’.

Back in the time of Abbasid Caliph al-Mutawakkil, says Mr MacGregor, Samarra was a vast city, with gigantic palaces by the standards of any age, built at enormous cost. He adds, “Over 6,000 different buildings have been identified – and a contemporary description gives some impression of the spectacular nature of one of the palaces of the caliph al-Mutawakkil, perhaps the greatest builder of all the Abbasids:

“‘He made in it great pictures of gold and silver, and a great basin, whose surfacing outside and inside was plates of silver, and he put on it a tree of gold in which birds twittered and whistled… There was made for him a great throne of gold, on which were two depictions of great lions, and the steps to it had depictions of lions and eagles and other things. The walls of the palace were covered inside and outside with mosaics and gilded marble’.”

The good times lasted till the Caliph’s death. He was murdered by his Turkish commanders in 861 and within a decade, the army had left the city, and Baghdad was the capital once again.

One of Samarra’s poets described its decline as follows:

‘My acquaintance with it, when it was peopled and joyous,
was heedless of the disasters of Time and its calamities.
There lions of a realm strutted
Around a crowned Imam;
Then his Turks turned treacherous – and they were transformed
Into owls, crying of loss and destruction.’

Does the elegiac note have special resonance once again?

(Tomorrow: New Islamic ‘caliphate’: How the truth has barely put on its shoes)