New Islamic ‘caliphate’: How the truth has barely put on its shoes 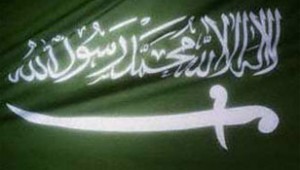 Does al Baghdadi, Islam’s new ‘caliph’, read Mark Twain? Does he cleave to the view that a lie can travel half way around the world while the truth is putting on its shoes? Logic suggests he must. The new Islamic ‘caliphate’ may be a good example of the success of a media (and military) operation on account of widespread ignorance of history. In this case, the truth has barely put on its shoes and a lie has travelled all the way round the world.

Historian Malise Ruthven has pointed out that ISIS’s symbolic demolition of the Iraq-Syria border feeds into the legend the group is creating around itself. Without anyone setting the record straight, “nurtured by the myth of precolonial innocence”, ISIS is able to present itself as an avenger of the consequences of history and colonial meddling. It wants to be the 21st century heir to the Ottoman Empire.

This is a preposterous and dangerous assertion if you turn to the history books, suggests the Financial Times’ Roula Khalaf.  It wasn’t European perfidy but the Ottomans who created the “artificial” boundary between Iraq and Syria, she writes. They divided up the land once known as Mesopotamia into three “vilayets” – of Basra, Baghdad and Mosul.

Used wisely, history can clearly build or destroy contemporary narrative. Are the US State Department and the FCO in London starting to feed the narrative appropriately and enough?