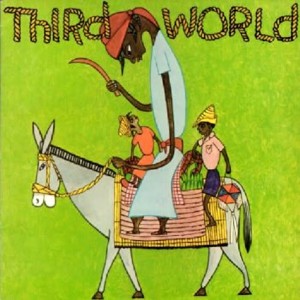 “Turns out, the Third World is not a place — it’s a state of mind,” says OZY. Quite so.

It means poor governance, poverty, disease and hunger and all the problems that brought all of that on and perpetrated the vicious cycle.

The term, OZY reminds us in an excellent piece (which you can read here in full), started life in August1952, when French demographer Alfred Sauvy wrote a piece in L’Observateur. The article, “Trois Mondes, Une Planète”, expressed concern about poor countries in the Cold War era.

The term has enjoyed mixed popularity ever since, but politically correct or not, it’s impossible to shake off the world of meaning it conveys.

Mr Sauvy reached into French history, to 1789, before the Revolution, when the country’s legislature was made up of the First Estate (the aristocracy), the Second Estate (the clergy) and the Third Estate (commoners). He decided world misery was a world of its own – the Third World, much like the Third Estate. The Cold War might lead both the West and the Communist Eastern bloc to neglect world hunger, poverty, and disease, ie the “Third World – ignored, exploited, scorned like the Third Estate,” Mr Sauvy wrote.

He was spot on.

Broadly, the Third World still remains an area of darkness that cannot be drawn on a map, “periphery” countries in a system dominated by the “core”.