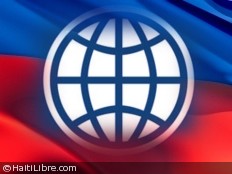 Two World Bank worthies will be in Haiti for two days, starting today and it’s debatable they will say anything too different from the Bank’s special envoy to Haiti in December.

Then, Mary Barton Dock expressed concern about the way the Haitian government was using public funds generated by cut-rate Venezuelan petroleum imports. She recommended the “wise use” of the largesse from Petrocaribe, which allows countries like Haiti to buy fuel from oil-rich Venezuela at favourable rates, with easy payment plans. The obvious implication – that the use was unwise.

“So far, transparency in the use of Petrocaribe funds is minimal,” she said, stressing the need for the government to determine the best way to use the money profitably. Unsurprisingly, the Haitian government responded in rather bad humour, with special advisor Salim Succar describing Ms Barton-Dock’s comments as “out of touch”.

Now that the Bank has come calling again, it’s hard to imagine there will be too much back-pedalling from December’s statements. Especially as Sri Mulyani Indrawati, Managing Director and Director of Operations, is set to discuss “priorities of government action”.

Does that sound like a coded request for “wise” use of resources, a la Ms Barton-Dock?