A billboard that’s like chicken soup for a city, good for body & soul 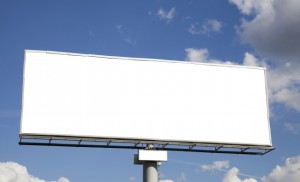 Ever heard of an air-purifying billboard? Me neither. But according to this remarkable report in OZY, Peruvian engineers have created an advertising staple that will have the effect of 1,200 trees on their grossly polluted capital, Lima.

Imagine that. A billboard that can clean roughly 70,000 cubic meters of air per day.

The billboard, which relies on basic thermodynamic principles, is a boon for Lima, described by one local writer as boasting “a sky that’s gray for eight months a year.”

But, the creation of Peru’s University of Technology and Engineering is sure to interest urban administrators and planners around the world. China generally takes note of pollution-fighting technology. Poorer mega-cities elsewhere, including Port au Prince, may also take note. What’s not to like about an air-purifying billboard that harmoniously unites commerce with community spirit?