Bilbo Baggins, a girl? Whys and wherefores of literary gender-swapping 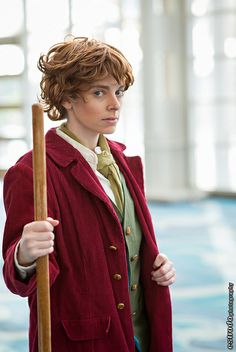 Twenty years since James Finn Garner satirized the trend towards political correctness in his funny and sad ‘Politically Correct Bedtime Stories: Modern Tales for Our Life and Times’, is literary gender-swap the next big thing? Not as satire, but as a way to imagine a better, braver world?

Michelle Nijhuis, an American science journalist, seems to think so. Click here to read her thought-provoking ‘Aeon’ magazine piece about Bilbo Baggins being a girl, according to her six-year-old daughter.

“…reading about girls who have epic adventures has helped my daughter expand her own possible futures. I know this: I can see it in the games she plays, and the stories she tells. As with the fanfic writers who find personal validation in their creations, Girl Bilbo has helped my daughter imagine the person she will become,” writes Ms Nijhuis.

It is a powerful argument for updating the classics, for preventing, what Plato deplored as one likely result of writing stories down, rather than simply telling and re-telling around campfires. He called it the creation of “forgetfulness in the learners’ souls”. Certainly, updating the classics would prevent that.