Q for Marie Antoinette: Does a better Haiti start with justice or tourism? 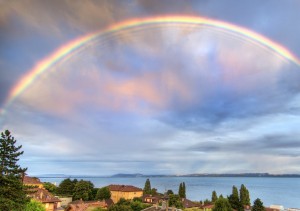 It’s a provocative headline by any standard but especially so in Haiti 2014.

‘Does a Better Haiti Start with Justice or Tourism?’ asks the Der Spiegel piece, describing with judicious emphasis, the separate strands of efforts to “save” Haiti. Attorney Mario Joseph and tourism minister Stephanie Villedrouin each have their own ideas about the best way to brighten Haiti’s tomorrow.

Who could honestly say that ‘tourism’ would ameliorate Haiti’s condition? The tourism minister has a vision – of a paradise that doubles as a tourist magnet – and there’s nothing intrinsically wrong with it. She’s been saying the same thing for two years (click here to read my piece in Newsweek and here for her comments on voluntourism in my NYT article on the opening of the Best Western Premier in Port au Prince).

The problem is the sequence of change. Ms Villedrouin wants tourism first, believing that all good things will follow. It’s an aspiration but surely rather an unreal one. Some might even say it’s insensitive.

The minister firmly rejects all suggestions that Haiti ever be seen as miserable and without hope. Last May, she told me, for the NYT piece, “I’m not pushing voluntourism…If an actor comes to Haiti to visit an NGO, it’s good for their P.R., not for the country’s P.R. Come to Haiti to have a good time. For leisure.”

Yes, but it’s rather hard to have a good time when everyone around you is so obviously suffering. Most tourists would rather not be a 21st century avatar of Marie Antoinette.