Why Haiti feels the butterfly defect, along with the rest of the world 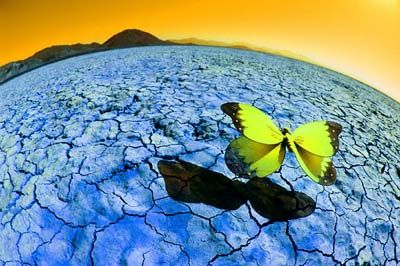 The world is condemned to feeling the defects of the butterfly effect, writes Ian Goldin from Oxford in England, and he should know. He is director of the Oxford Martin School at Oxford University and has co-authored a book titled ‘The Butterfly Defect: How Globalization Creates Systemic Risks, and What to Do about It’.

Cascading crises and amplified shocks are to be expected on account of greater global contact between individuals and societies and with rising incomes, urbanization, travel, population growth and improved personal choices. Such as, paradoxically, the taking of an antibiotic.

As Mr Goldin points out, it “may be a rational individual decision. But when billions of people take antibiotics, and livestock producers use them to boost efficiency, they often become ineffective.”

This is why Haiti, for example, has a huge problem with multi-drug resistant (MDR) tuberculosis. Too poor and chaotic to set up and enforce healthcare, TB is treated in fits and starts, mostly by international do-gooders of all sorts and it easily metamorphoses into MDR.

This is important for all sorts of reasons that go beyond Haiti. As with the spread of chikungunya to the US, disease knows no borders in today’s world. Mr Goldin writes, “the vectors of connectivity – such as the Internet, financial markets, airport hubs, or logistics centers – facilitate “super-spreading” of globalization’s effects, both positive and negative.”

So he calls for a new global commitment to the identification of systemic risks, along with the regulatory mechanism to deal with them.

How likely is that?