The beauty of urban ‘tangle’: Best observed in London, not Port au Prince 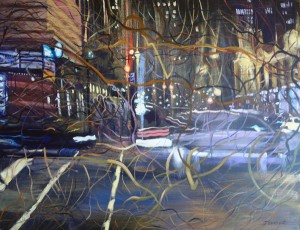 Will Wiles needs to come to Port au Prince. He lives in London, writes about architecture and design and his debut novel won a Betty Trask award. Clearly, a man of ability and discernment.

So why is he arguing against the urge to tidy up cities? What’s wrong with a bit of order? Port au Prince could use large helpings of it.

Mr Wiles feels that the absence of many layers, something he calls “tangle”, is deadening. Though he handsomely admits that there are others who believe urban order stands for virtue, not just aesthetic purity but a regular, logical, symmetrical, utopian reality, he basically believes “the city is a machine for teaching people to be city-dwellers.”

In order to do this, he writes, “but first it necessitates submission, which it extracts by means of its scale, but also its complexity, its confusions – its tangle.”

There is something in what he says, but to my mind, it is an idea that is best understood as a fashionable cry for junking fashion. Inverted snobbery. Only those who have never lived with dangerous, ugly, soul-destroying urban tangle of the sort you see in poor megacities like Port au Prince, would argue that to impose order would be to destroy its soul.