By a certain age, a country, like a man, should have achieved a certain maturity 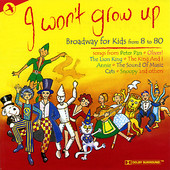 If you follow Haitian affairs closely, it’s possible occasionally to be reminded of the late Tony Judt’s analysis of Israel. On its 58th birthday, he called it “the country that wouldn’t grow up”.

Professor Judt was a British historian, who taught at an American university. He specialized in European history. A frequent contributor to the ‘New York Review of Books’, which Tom Wolfe famously described as the chief theoretical organ of Radical Chic, Professor Judt had a way with words and ideas.

Consider that commentary on Israel, from eight years ago. By 58, he wrote, “a country – like a man – should have achieved a certain maturity… But the State of Israel remains curiously (and among Western-style democracies, uniquely) immature. The social transformations of the country – and its many economic achievements – have not brought the political wisdom that usually accompanies age. Seen from the outside, Israel still comports itself like an adolescent: consumed by a brittle confidence in its own uniqueness; certain that no one ‘understands’ it and everyone is ‘against’ it; full of wounded self-esteem, quick to take offense and quick to give it.”

To be fair, many countries can behave like that, “consumed by a brittle confidence in (their) own uniqueness…full of wounded self-esteem, quick to take offense and quick to give it.”

Some countries do it all the time. Some do it only very occasionally. Only a very few are serenely mature, confident in what they do and why they do it. (The Scandinavians come to mind.)

So what of Haiti, strong enough 210 years ago, to overthrow the oppressive colonial yoke and fashion its own birth as the first black slave republic?

Some would say that Haiti displays a decided propensity to feel let-down by the world without much analysis of what’s wrong within.

Add to that its often-charming adolescent ability to blot out the present and give itself over to playful pursuits, like carnivals, that ensure fleeting total oblivion.