Against the grains: What’s the science of the gluten-free, anti-carb diet? 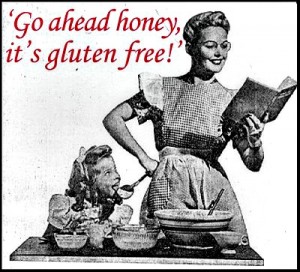 Are modern humans really Pleistocene hominins under the skin, asks New York science and health journalist Melinda Wenner Moyer. Is human nature so “fixed” that a prehistoric past should dictate how we eat today?

These are valid – some might say the only – questions to ask about the anti-carb rhetoric and multi-million-dollar gluten-free industry.

After all, it’s been 333 generations since human beings’ diets drastically changed due to the advent of agriculture. Should we eat like our distant ancestors? Do we need to?

In her Aeon piece, Ms Wenner Moyer mentions University of Minnesota biologist Marlene Zuk’s book ‘Paleofantasy’. It cites, she writes, “several very recent genetic changes that aid the digestion and metabolism of grains and dairy”. This suggests we’ve evolved into new dietary habits and the process will continue.

But even the most basic science rates carbs poorly. David Ludwig of Boston University and Mark Friedman of the Nutrition Science Initiative, published a paper in the ‘Journal of the American Medical Association’, suggesting that excessive consumption of carbohydrates leads the body to produce too much insulin. The hormone converts those carbs into fat and stores them in body tissues.

This fat store makes us feel hungrier than before because the food is preferentially stored rather than made available to the body as fuel in the bloodstream.

There may be something to the gluten-free mantra, after all.

(Tomorrow: Bacon instead of buttered toast. An ode to the gluten-free lifestyle from 1863)