Irish Islam growing fastest in Europe? So how was the UK displaced? 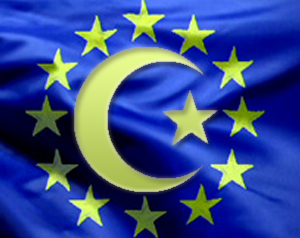 Islam has become the fastest-growing religion in Ireland, according to reports. It’s supposed to signal the largest percentage increase in Europe for Muslims. So says OZY (click here for the full story), in a report that mentions a recent Pew Research Center projection of 125,000 Muslims in the Emerald Isle by 2030. That’s a sizeable number considering that in 1991, Muslims made up only 0.1 percent of Irish residents and in 2011, the Republic of Ireland’s Central Statistics Office reported there were just 49,000 Muslims.

So, an approximate increase in Ireland’s Muslim population of

Especially to the growth of Islam in Britain?

Less than a decade ago, there was broad agreement that Islam’s growth in Britain was possibly the fastest anywhere in the western world (with all the attendant headaches for racial profiling and airline passenger stereotyping). I’m quoting almost exactly from a piece I wrote back in 2006, as part of a three-part series for The Times of India on the “new face of British Islam”. (Click here for the first piece).

It’s worth noting that even then, one of my key interviewees was Batool-al Toma, formerly Mary Geraghty, a white Irishwoman who converted to Islam 25 years ago. She headed the New Muslim Project, set up in 1994 in the English Midlands city of Leicester as Britain’s first organised one-stop shop for new converts to Islam.
At the time, Ms Al-Toma estimated that Britain had roughly 20,000 new converts to Islam and at least 10 newbies passed through the Project’s doors every month.

So why the growth in I2 (Irish Islam)? OZY suggests that it’s a “combination of immigration, population growth and conversion, although the last is only a small component of the growing faith.”
Perhaps.

But the jury is still out that Ireland has dislodged Britain as the locus of Islam’s fastest-growth in Europe.