East is East and West is West: Here’s why Indian plumbing is often leaky 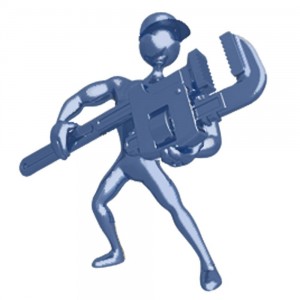 Ever wondered why a master plumber costs the earth (or at least $125 an hour) in the US (and UK) and a fraction of that in India?

It’s the same reason plumbing in India starts leaking in a few months while it lasts decades in the West. At least according to Rahul Tongia, Bangalore-based researcher, non-resident fellow at Brookings India and adjunct professor at Carnegie Mellon University.

“In the West, training takes years and even certification… Doing it right (spanning people and materials) is why plumbing in the West has a lifespan measured not in years but many decades,” he says in Quartz India. It’s a rant against the Indian tendency to do things ‘on the cheap’, decision-making “that ignores life-cycle costs, or where the choices aren’t readily comparable”.

As with health and safety.

Why construct a building without a proper pavement or non-existent sewage lines, for example? Why locate cellphone towers in densely packed residential neighbourhoods rather than increasing bandwith (greater expense, of course, but at least there’s less chance of high radiation levels). Why build whole cities without waste disposal?

Mr Tongia has a point.

Of course, it’s all about what you, as a society, value most of all. In a country of 1.25 billion, human life is much less prized than in the West. Leaking taps and septic tanks matter less.