How did the Caribbean begin to be seen as an earthly paradise? 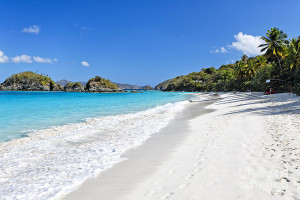 Speaking of tourism with a purpose (Porto’s ‘worst tours’) reminded me of Carrie Gibson’s remarkable analysis of how the Caribbean began to be seen as a tropical tourist paradise.

In her BBC Radio 4 piece, ‘Four Thought: The Trouble With Paradise’, Ms Gibson, went through evolving ideas of the Caribbean.

She should know.  She’s the author of ‘Empire’s Crossroads: A History of the Caribbean from Columbus to the Present Day’. Click here to read the piece.

For centuries, the region was a source of fear and death, she says, “not only for Europeans but for the indigenous people killed by strange diseases and the enslaved Africans who worked until they dropped”.

Then it was miraculously transformed into a “life-giving” place after the sea was recast by the Romantics, and later, the Victorians, as “an allegory for internal emotional states”. With public health in the West Indies improving greatly, the Caribbean actually seemed more healthful than Britain and America’s polluted industrialised cities.

It was all about “our own search for meaning”, says Ms Gibson, “our attempts to make spiritual and moral sense of the world.”