Why fast? One man’s 0:7 experiment, a whole week of nothing but water 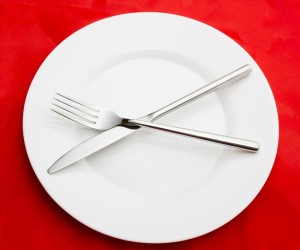 S Abbas Raza’ account of his week-long abstinence from food has to be one of the clearest, most unsentimental and jargon-free descriptions of what actually happens when you cease to cook, serve and eat a couple – or three – meals a day.

Mr Raza is founding editor of 3quarksdaily, which aims to provide a “one-stop intellectual surfing experience”. He’s also got a degree in electrical engineering and computer science from Johns Hopkins and a graduate degree in philosophy from Columbia. In other words, just the sort of man who might be expected to be curious but unsparing about the current rage for fasting.

As he pointed out, the alleged benefits of fasting were in the news largely because of a bestselling book from the UK that was also making waves in the US. The book, ‘The Fast Diet: Lose Weight, Stay Healthy, Live Longer’ by Dr Michael Mosley and Mimi Spencer, advises the 5:2 ratio — two days of fasting versus five of normal eating every week. On fasting days, people can eat small amounts, roughly a quarter of a normal day’s intake. The idea, as Mr Raza explains, is that “a ‘feast or famine’ regime closely matches the food consumption patterns of pre-modern societies, and our bodies are designed to optimise such eating.”

Mr Raza decided to try fasting – as an experiment and to satiate his curiosity – but not the 5:2. Instead, he decided on 0:7, a full week without eating or drinking anything except water. In this, he was bravely joined by his wife.

He managed to get through to the end of the planned period of abstinence (his wife had to stop on day six) but came away with almost unchanged medical stats and one key, if unsurprising finding: “…how much more time we had on our hands. I was struck by how much of the day I normally spend attending to my digestive needs: thinking about what I would have for lunch or dinner; shopping for groceries (which we do almost daily); cooking — in my case, elaborate Pakistani meals most evenings; then actually eating, washing dishes, cleaning up, even moving one’s bowels. Eliminating the simple act of eating frees up much more time than you’d think.”

That said, “meals provide needed punctuation to the day, and without them our days seemed strangely lacking in structure.”