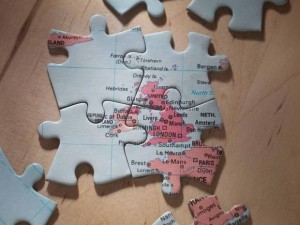 Exactly a week on from the referendum, time for a more standback view of the issue.

In a moving essay on the threat of Scotland breaking up the United Kingdom, Ian Jack wrote that it would be an “odd feeling” if the land just over the way became a foreign state.

That said, he acknowledged that most things would probably continue as before. “True, the bracken will still turn brown at every summer’s end, the train will still take us from Glasgow to Euston, and, as Alex Salmond says, children will still go out to play, and pensions, we hope, will still be collected. But the United Kingdom that made so many of us will no longer exist. If it happens, I shall grieve.”

It’s a sentimental admission by any standard and particularly, by that traditional one – the stiff upper lip.

But most reasonable folk would agree that the British were allowed a slightly quivering lower lip at that emotional point of time.

That said, one has to wonder at the overdone nature of some of the arguments for and against independence from the UK.

Both sides warned it was forever. That’s precisely what it was not.

A divided Germany reunited. The only discernible effect of Quebec’s ‘neverendum’ on the Canadian province was that Toronto became more attractive to businesses and investors. The United States fought a civil war to preserve the union but challenges to its federal entity continue, not least the mock 1982 secessionist protest by the Conch Republic in the Florida Keys. This has since become a source of local pride and tourist amusement.