Bombs, boots on ground won’t destroy Islamic State. Only the locals can 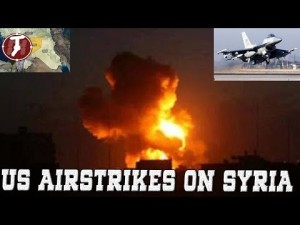 The new Iraqi Prime Minister would probably agree with this, given his interview to Lyse Doucet, broadcast by the BBC on Wednesday.

It’s hard to see why anyone would pay even passing heed to former British Prime Minister Tony Blair’s insane prescription for “boots on the ground” to tackle Islamic State fighters. From the Iraqi capital, Anglican priest Andrew White, so-called ‘Vicar of Baghdad’, has taken up the plaintive cry.

As British MP Rory Stewart recently pointed out in his blog, “We tried troops on the ground, against almost exactly the same people in almost exactly the same place (ISIL were then called Al Qaeda Iraq), only seven years ago. Over a hundred thousand US troops were put on the ground to fight them in the ‘surge’. Over a hundred billion dollars a year was spent. Hundreds of thousands of Sunni tribesmen were armed, paid and trained. At first it seemed to be a success, but within two years of the end of the “surge”, Islamist extremists were again in control of much of Mosul; within three years they had retaken much of Anbar and the Sunni triangle”.

The new Iraqi Prime Minister also reposes hope in the locals, as he told the BBC. And Mr Stewart, who was briefly in the army before becoming a diplomat and more recently turning to active politics, also correctly concludes “the only people able to create and sustain a viable alternative to the Islamic State are the local population.”

But the locals don’t seem as restive as one might expect, despite the Western media’s dirge about IS’s “harsh rule”. What does this mean? Does IS provide better quality governance and more order and security than previously available in the areas it controls?

Or are the locals so oppressed, they are unable to make known their misery, let alone do anything about it?

In some ways, Mr Stewart, who belongs to the Conservative Party, seems to be saying somewhat the same thing as the fiery and unrestrained Respect Party MP George Galloway. He told the British House of Commons just the other day that IS wouldn’t last five minutes without local support, which seems like just another form of Mr Stewart’s diagnosis.

(Tomorrow: Battling Islamic State – Boots on the ground. How about brains in the air?)