Alan Dershowitz and the Oscar Pistorius sentence: Justice vs judgement 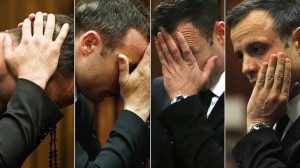 Alan Dershowitz is often called the world’s most famous criminal lawyer. After the sentencing of Oscar Pistorius, he might be more appropriately called an infamously poor prophet.

Just days ago, Mr Dershowitz, Professor of Law Emeritus at Harvard University, told OZY he was confident that Pistorius would get off easy, with Judge Thokozile Masipa giving the Paralympian “a lenient sentence in order to avoid being reversed by the appellate court. The harsher the sentence she gives him, the more likely it will be reversed.” He predicted that the verdict would be appealed because Judge Masipa’s decision was “legally incoherent.” And he pronounced himself profoundly disappointed by South Africa’s legal culture in the post-Apartheid era.

Mr Dershowitz, who has helped score victories in some of recent history’s most notorious trials — from O.J. Simpson to Patty Hearst to Claus von Bülow, could not, of course, have made winning predictions for so controversial and charged a case from so far away. He could not have known that the dead girl’s parents would announce themselves satisfied with the five-year-sentence. That the Pistorius family would quickly make known there would be no appeal. That some sections of society – both in South Africa and beyond – would express admiration for the sentence’s blending of measured justice and redemption.

There are mixed reactions, of course, as was to be expected in such a high-profile case. But as one prominent South African said, the Judge appeared to have balanced just punishment with a demonstrable reluctance to break the man. And Judge Masipa herself explained it as the constant striving for a sentence “neither too light nor too severe …(providing) retribution, deterrence and mercy.” In other words, the justice business, not the law business.